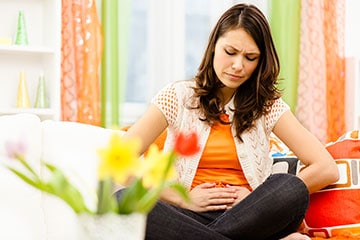 What Is IBS and Why Is it Misunderstood?

IBS typically causes abdominal pain and cramping, bloating, constipation and diarrhea. In some cases, diet and lifestyle changes can help control symptoms. However, some individuals require medication and other interventions.

If you’re suffering from irritable bowel syndrome, here’s some information you should know about the disorder.

IBS is a disorder of the gastrointestinal system affecting the large intestine, also known as the colon. While the condition causes a number of uncomfortable symptoms, it typically does not result in permanent damage, does not get worse with age, and is not known to shorten lifespan.

According to the Food and Drug Administration, IBS affects more than 15 million individuals in the United States alone, and the condition is thought to be underdiagnosed.

IBS is often misunderstood because of the changing nature of the condition and the variety of factors that can play a role. Symptoms can wax and wane, and they can change within the same patient.

What Causes the Condition?

Doctors do not fully understand the causes of IBS, and there is no known cure. Of the estimated 20 percent of Americans who suffer from IBS, many don’t realize they have the condition.

IBS is more common among women and people under the age of 45, and symptoms often begin in the late 20s. Doctors know that a family history increases the risk and that psychological issues like anxiety and depression are common in IBS sufferers.

New research also indicates that carbohydrates — and, specifically, a nutrient known as polyols — may play a role. Your diet does not cause IBS, but it may affect the severity of your symptoms. Other research has indicated a possible genetic predisposition in individuals who suffer from IBS. Environmental factors, bacterial and viral infections, and medications also may be involved. However, medical experts have yet to pinpoint an exact cause for the disorder.

In the past few decades, research has revealed that the bodies of individuals with IBS may interpret a normally functioning gut as being abnormal. Daily gut activity — including a growling stomach or the passage of food through the small and large intestines — causes pain and discomfort for people with IBS.

Individuals with the condition also are more likely to suffer from fibromyalgia, which causes pain throughout the body. Fibromyalgia affects only a small number of people, but its symptoms surface in more than half of IBS sufferers.

Experts believe the two disorders are related, although the pain affects different parts of the body. In both cases, patients experience more brain activity in the regions that process pain, potentially enhancing the feelings of pain.

In addition, serotonin — a neurotransmitter that plays a significant role in the gut’s nervous system — may have involvement with IBS. Many patients also experience relief from IBS when symptoms of depression or anxiety are successfully treated.

If you suffer from IBS, it’s important to work with an experienced medical practitioner. Your doctor will advise you about lifestyle changes that may help, including relaxation techniques, modifications to your diet, stress management and exercise.

If you’re suffering from the symptoms of IBS, it’s important to work with a board-certified gastroenterologist to diagnose and treat your condition. To learn more, please contact Northeast Digestive Health Center.